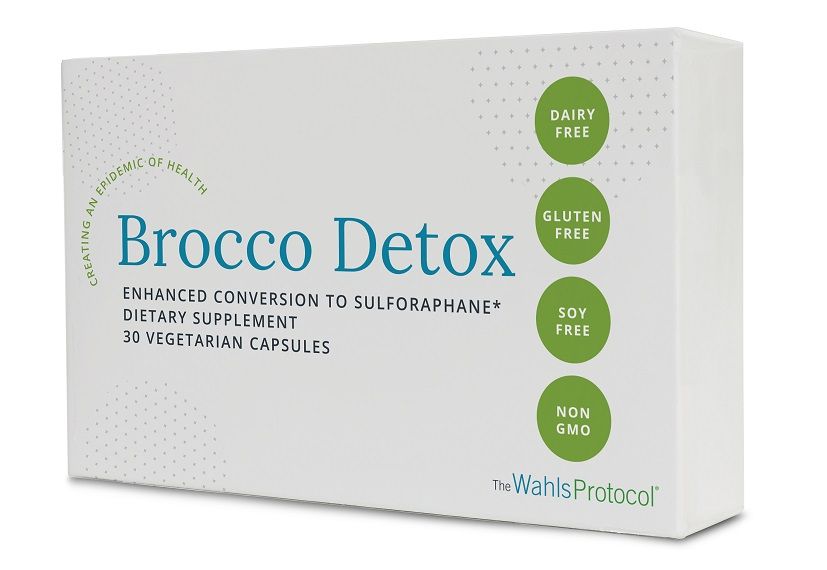 A potent activator of antioxidant activity, healthy cell-life cycles, and the production of detoxification enzymes, SFN is linked to the many health benefits associated with cruciferous vegetables.*

here is a link between the regular intake of cruciferous vegetables and good health.

This connection can be attributed to a naturally occurring phytochemical called glucoraphanin, which is found in plants from the Brassicaceae family.

Glucoraphanin is also known as sulforaphane glucosinolate (SGS), a precursor for the biologically active yet highly reactive and unstable compound isothiocyanate sulforaphane (SFN).

The positive effects of SFN on antioxidant activity, detoxification, cellular metabolism, and cell-life regulation have been documented.

Manipulating foods containing glucoraphanin by physical processes, such as chopping or chewing, triggers the natural enzymatic activity of the plant enzyme myrosinase, which is responsible for the conversion of glucoraphanin to SFN.

Gastrointestinal microorganisms also produce SFN from glucoraphanin, which is important as glucoraphanin from food is rarely affected by cooking however, myrosinase is denatured irrespective of cooking.[1-3]

Metabolism of SFN occurs via the mercapturic acid pathway, and metabolites yielded through this process predominately appear in the urine as SFN N-acetyl- L-cysteine (SFN-NAC), a standard measure of SFN bioavailability.*[2]

Mustard seeds are a naturally rich source of myrosinase, and mustard seed powder has been shown in vitro to be capable of reinitiating SGS hydrolysis to SFN. In a crossover study designed to investigate the bioavailability of SFN, SFN-NAC was measured in the urine of healthy adults (N = 12) after consumption of cooked broccoli with and without mustard powder. The addition of mustard powder enhanced the formation of SFN metabolites, suggesting that the presence of plant myrosinase is important for SFN bioavailability.*[2]

A range of doses and delivery matrices (liquid bolus or gel capsules) were used. All preparations that included myrosinase were 3- to 4-fold more bioavailable than the samples without myrosinase, which is consistent with previously published data.

Mechanistically, it stimulates the expression of critical enzymes (via the KEAP1/Nrf2/ARE pathways), which supports antioxidant activity, redox cycling, and phase II detoxification. The activation of transcription factor Nrf2 results in increased output of enzymes (primarily glutathione and superoxide dismutase) that can extend antioxidant activity longer than direct antioxidants, such as vitamins C, E, and beta-carotene. The activation of Nrf2 also regulates the production of detoxification enzymes, including glutathione S-transferase, and downregulates inflammatory signaling factors, such as NF-κB. Additionally, the antioxidant enzymes generated are thought to participate in the recycling and maintenance of vitamins A, C, and E.[3,4]

In turn, the role of vitamin C in the activation of myrosinase could be the basis of a regulation mechanism for myrosinase activity contributing to the redox potential in cells.*[4,5]

Coupled with an inhibitory effect on certain phase I enzymes, the induction of phase II enzymes and their effect on Nrf2 pathways are considered paramount to SFN’s protective effect on cells.*[7-9]

Take one capsule daily, or use as directed by your healthcare professional.

Consult your healthcare professional before use.

STORAGE: Keep closed in a cool, dry place out of reach of children.